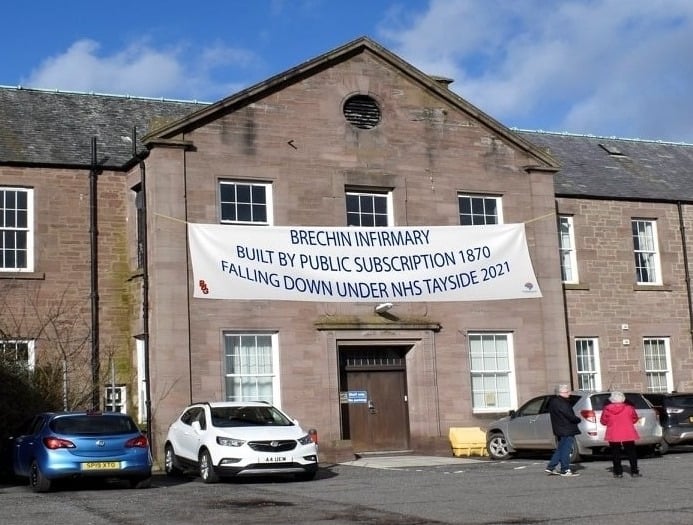 In July 1864 plans for a hospital were first made public in the borough of Brechin, after the late James Don, Esquire, of Bearehill, bequeathed £1,000 for the purpose of establishing a hospital or infirmary and dispensary in Brechin on condition that a further £1,000 was raised within 18 months by the local community. Subscriptions to the cause quickly mounted to more than £3,000, including £100 from Sir Jamsetjee Jejeebhoy, 2nd Baronet, and his brother, the Hon. R. J. Jejeebhoy.  The Earl of Dalhousie (Fox Maule-Ramsay, the 11th Earl) offered the site – considered open healthy and with convenient access by three different roads –  at an annual feu-duty of £4 per acre.

Brechin Infirmary opened as a general voluntary hospital in 1869 before it was enlarged in the 1920s on the lines recommended by Florence Nightingale.  ,

Now under NHS Tayside, in 2021, the building is crumbling, left to ruin and decay.